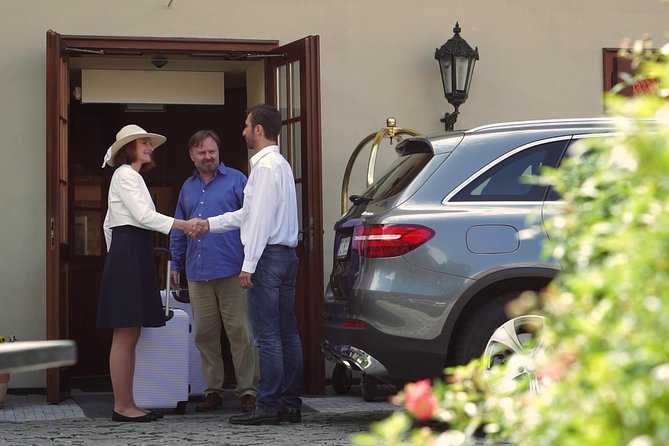 Our friendly, English-speaking driver will pick you up from your hotel in the morning at the arranged time. You’ll continue to Royal Palace of Caserta, where you’ll spend 90 minutes of sightseeing, and then to Frascati for 1 hour of sightseeing, before being brought to your hotel or Airbnb accommodation in Rome.Other routes and stop options across Europe are available on our website.

from
$12 NZD
The Best of Sirmione Walking Tour

from
$64 NZD
Rome Day Trip from Milan by Train

from
$152 NZD
Highlights of the Vatican Museums, Sistine Chapel and Saint Peter's Basilica

from
$109 NZD
Bicycle Rental in Rome

from
$170 NZD
Honeymooners Florence Tour with Professional Photographer and Driver

from
$1,525 NZD
Pompeii ruins and Archaeological Museum private tour from Naples or Sorrento