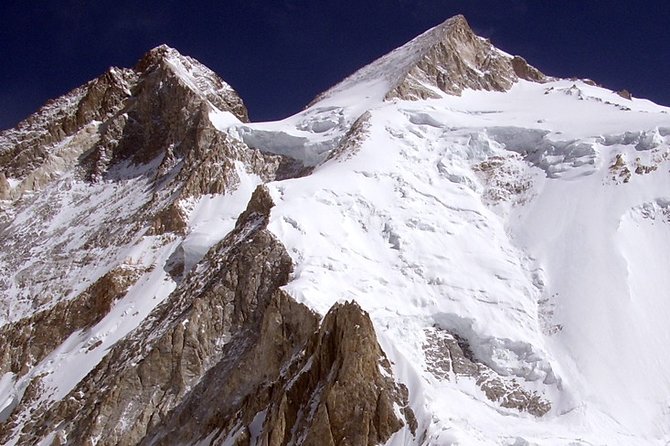 Gasherbrum II (8035m) is part of the Gasherbrum group which consists of six peaks, two of them (G I and G II) over 8000m high.It is the worlds 13th Highest mountain. The first exploration of the mountain was made in 1909 by an Italian expedition under the leadership of the Duke of Abruzzi. One of the members of the expedition was Vittorio Sella, the quality of whose photos has not been surpassed to the present day. The first ascent of G II was made on July 7, 1956, by three members of an Austrian expedition under the leadership of Fritz Moravec, via the South West Ridge. Apart from Moravec himself, Sepp Larcher and Hans Willenpart reached the summit after a bivouac at 7700m. The second ascent was made as many as 20 years later by a French-Polish expedition. Today, G II is the destination of a large number of expeditions, as it has no great technical difficulties.

from
$554 NZD
Everest Base Camp Trek

from
$62 NZD
Island Peak Climbing with Everest Base Camp Trek