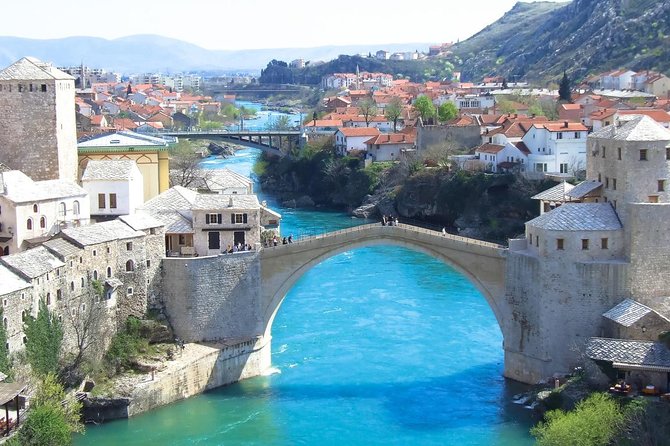 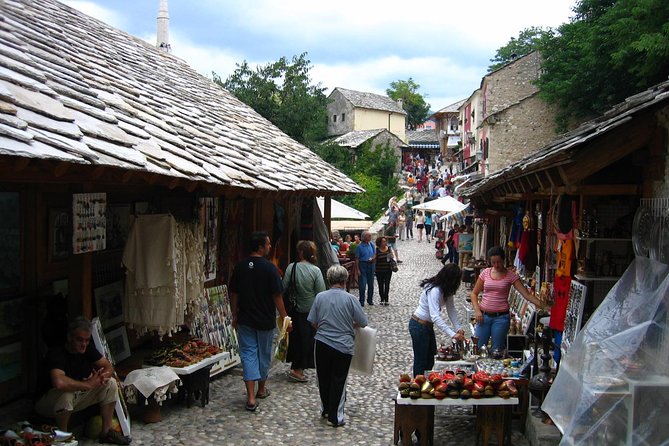 Mostar in a Day Private Tour from Dubrovnik

One of the real virtues of traveling to Croatia is its proximity to so many important sites in neighboring countries that are so easy to visit. High on the list for anyone interested in the history of the Balkans is magical Mostar, in the Herzegovina region of Bosnia and Herzegovina, the very heart of the Western Balkans. Like a tiny Istanbul, being in Mostar lets you experience the sights, sounds and tastes of the ancient Ottoman Empire while still being in a European city. The beauty of its architecture and its picturesque setting along the banks of the colorful Neretva River are compelling.

from
$97 NZD
Private Half Day Boat Tour to Golden Horn

from
$90 NZD
Private Tour: Island-Hopping Cruise by Yacht from Dubrovnik

from
$175 NZD
Private Tours in Split

from
$128 NZD
Montenegro with Boat cruise in Kotor Bay

from
$80 NZD
“Pirate tour“-Tour of town of Omiš

from
$49 NZD
Stroll in Split with Yelena

from
$44 NZD
E-scooter Daily rental in Zadar With Delivery

from
$48 NZD
Private Croatia trip and pearls of Adriatic

from
$970 NZD
Golden Island of Krk from Rijeka