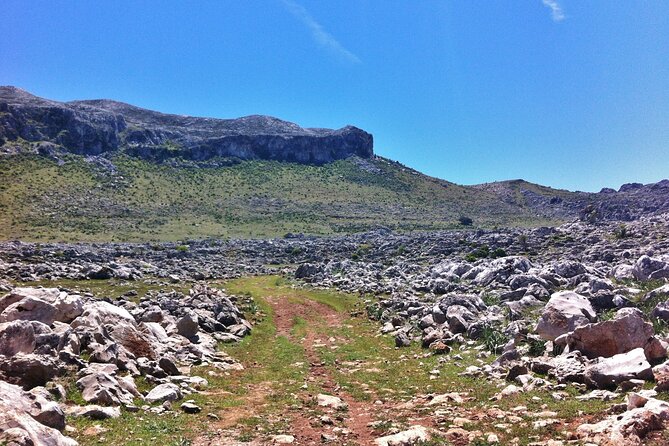 This walk takes us from the white village of Cartajima, perched above the chestnut tree-filled Genal valley, up over the craggy limestone mountains of the Serrania de Ronda, and down into Ronda town.A short drive takes us south from Ronda to Cartajima village, one of seven in the High Genal Valley which survives largely from the production of chestnuts. The trees fill the mountainsides and valleys as far as the eye can see and provide an ever-changing landscape through the year.From Cartajima we climb steadily up into the ridge of craggy limestone mountains which separate the Genal valley from Ronda. We pass interesting rock formations, old threshing circles, sections of ancient drovers' paths and walk below a sheer cliff, onto a large karst plain leading to a spectacular view over to Ronda. From here we descend steadily down into Ronda, entering the town through the southern district of the Barrio San Francisco. A cooling drink on the plaza makes a great reward for your efforts.

Organised by Hike + Bike The Sierras

from
$163 NZD
Kayaking, Snorkeling & Swimming With Wild Dolphins And Turtles!

from
$293 NZD
SUP Excursion in Palma

from
$205 NZD
Bike tour in Seville with picnic

from
$92 NZD
Tandem paragliding in Tenerife

from
$170 NZD
Explore Mogan with emotion and collect fantastic memories

from
$71 NZD
ANAGA, valleys of nature and tradition