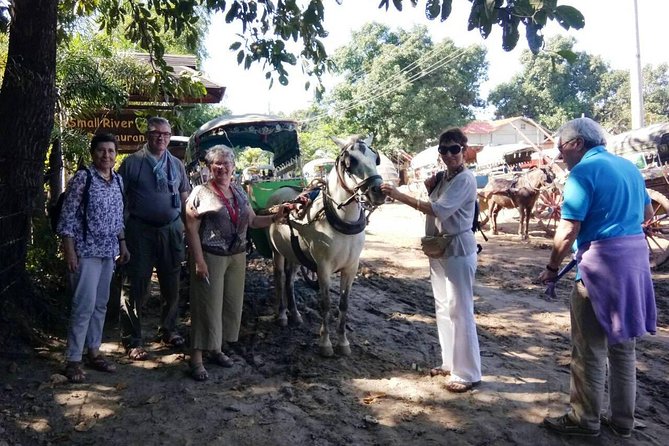 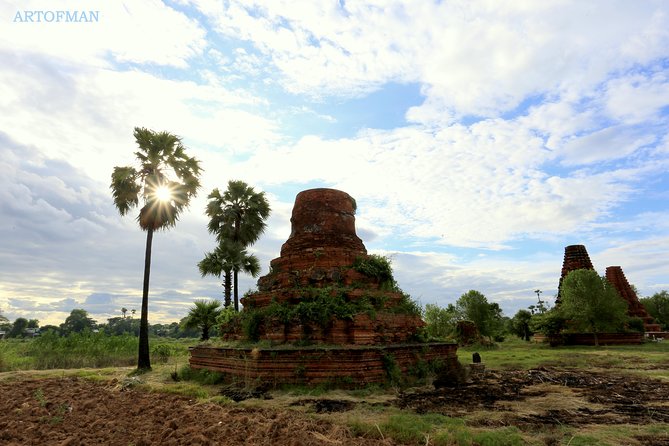 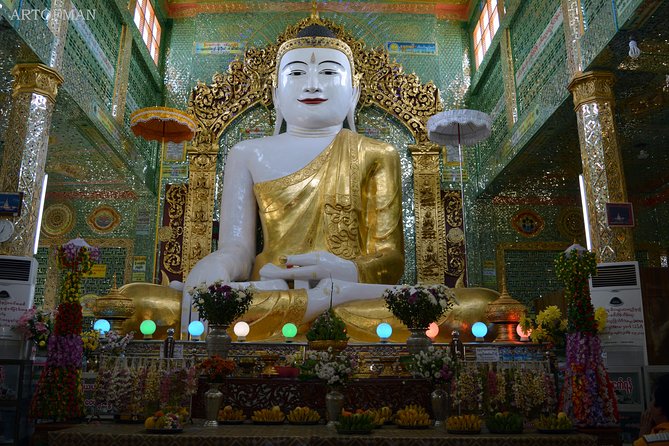 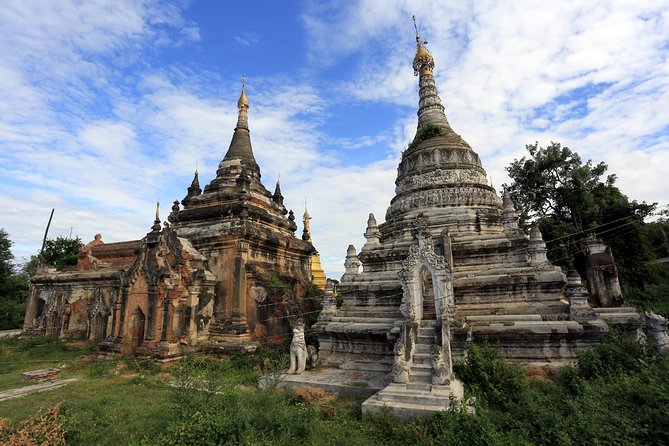 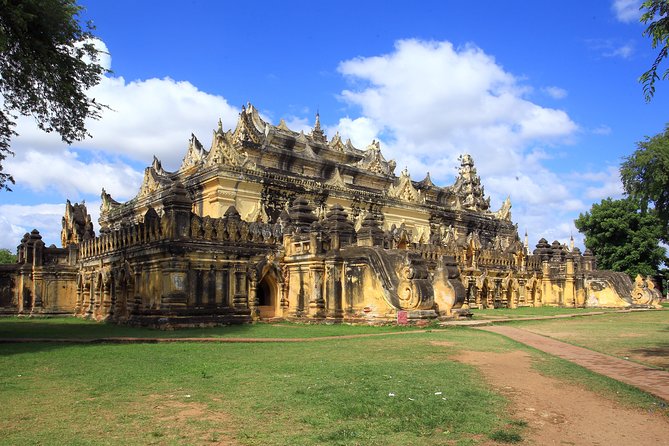 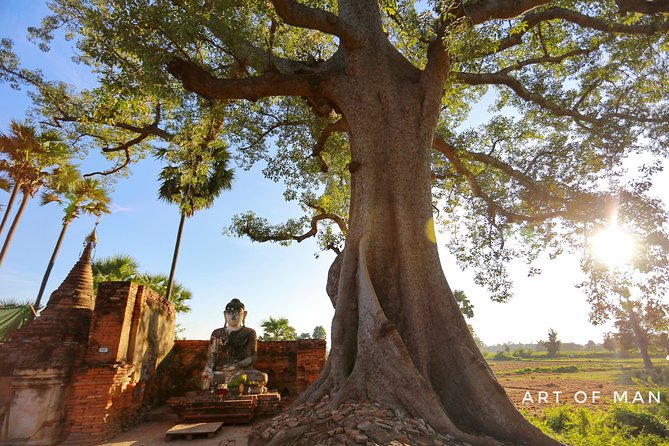 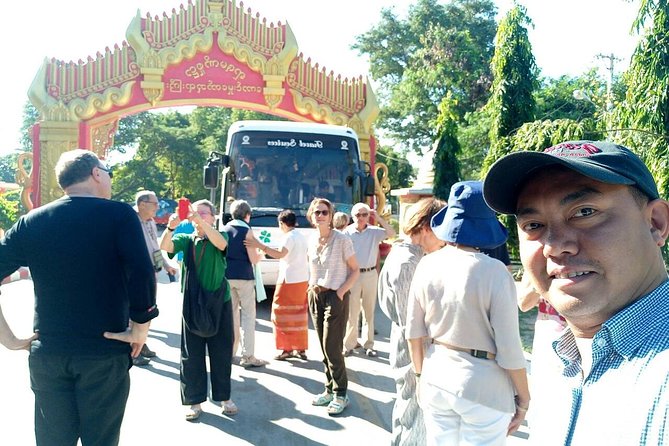 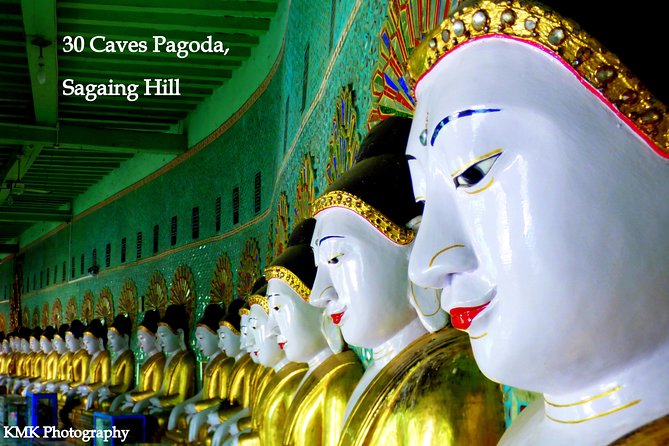 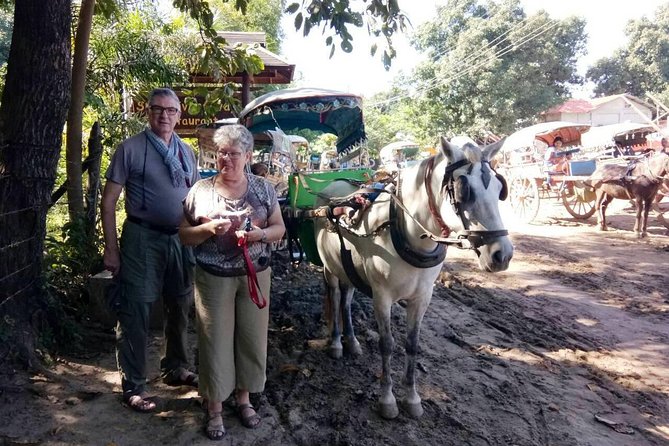 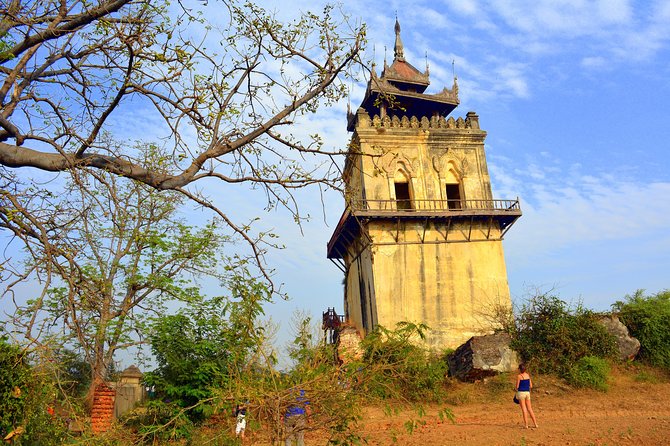 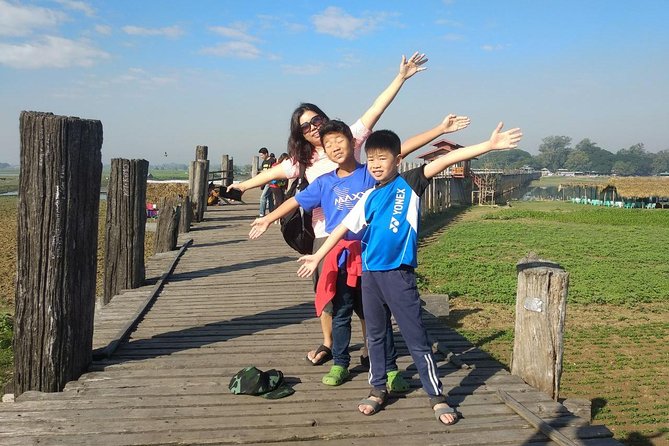 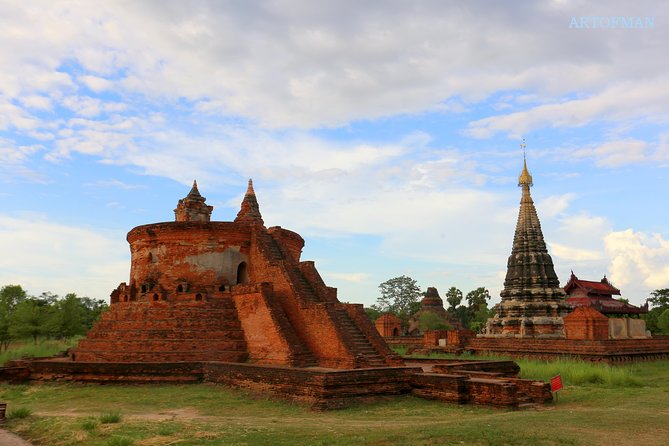 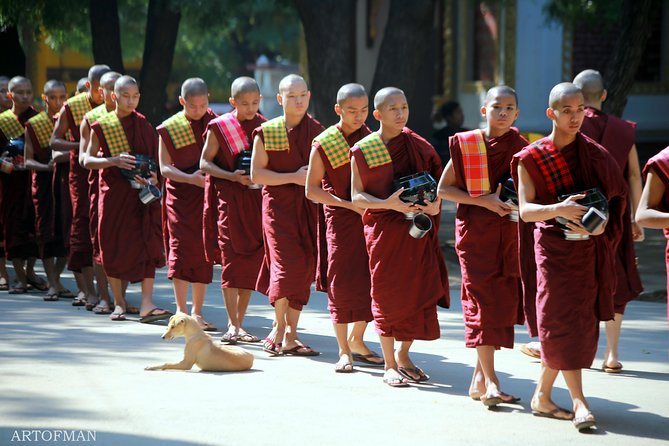 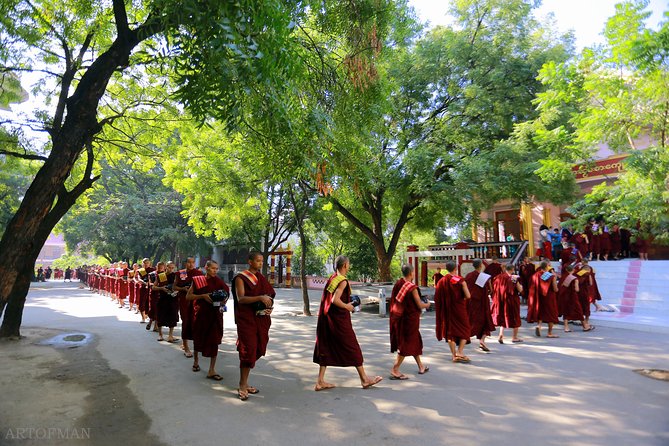 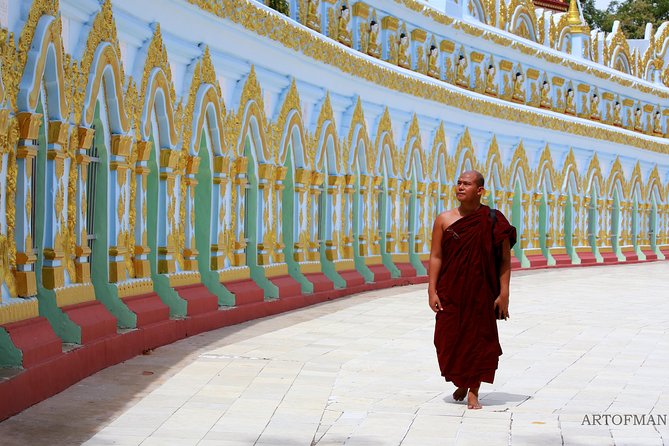 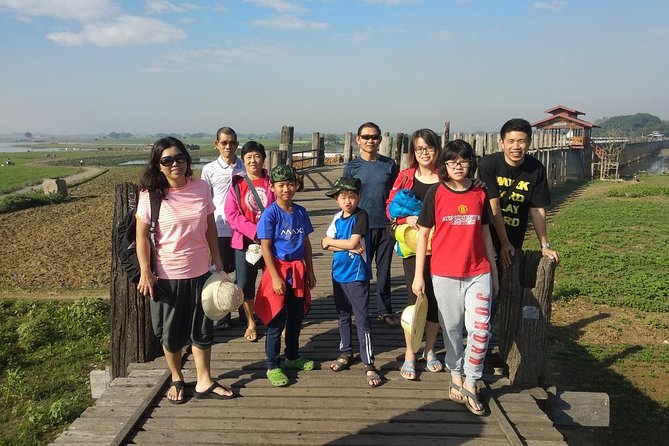 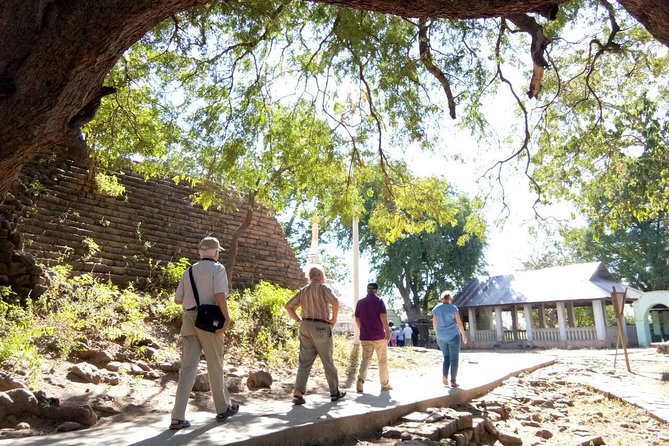 Excursion to 3 Ancient Capitals nearby Mandalay: Sagaing, with numerous Buddhist monasteries, Innwa (Ava), an ancient imperial capital from 14th to 19th centuries and Amarapura, the capital of Myanmar twice in (1783–1821 and 1842–1859).HIGHLIGHTS- Exploring Sagaing Hills for numerous pagodas, monasteries and nunneries to learn daily life of Buddhist Nuns,- Visit to Innwa (Ava) includes, Maha Aungmye Bonzan Monastery (or) Mei Nu Oke Kyaung (a brick stucco monastery) built by Nanmadaw Mei Nu, the chief queen of Bagyidaw, for her royal abbot U Bok in 1822.- Bargaya Kyaung (or) Bame Kyaung, built in 1834, the entire monastery is supported by 267 teak posts (the largest measures 60 ft in height and 9 ft in circumference)- Nanmyint Watch Tower – A remnant of the palace built by King Bagyidaw, at the center of old Innwa,- A visit to Amarapura to take a stroll and have a nice photo stop at U Bein Bridge, the world’s longest teak bridge nearly 200-years-old.

from
$94 NZD
Twante Adventure For A Day – Full Day

from
$72 NZD
Private Mandalay Excursions to Amarapura Ava and Sagaing

from
$191 NZD
Ava, Sagaing, and Amarapura Day Trip from Mandalay Including Lunch

from
$180 NZD
Walking Tour in Yangon