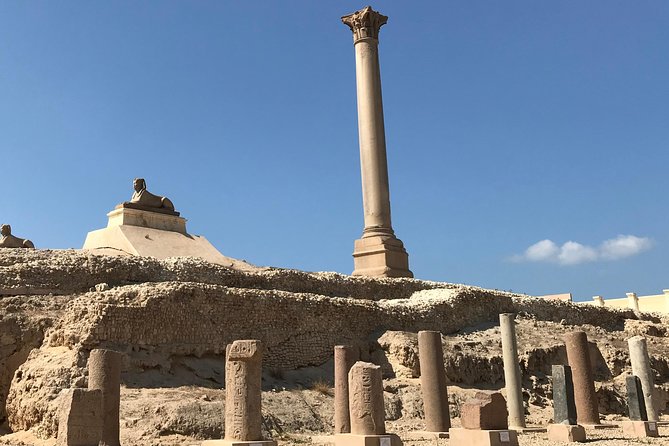 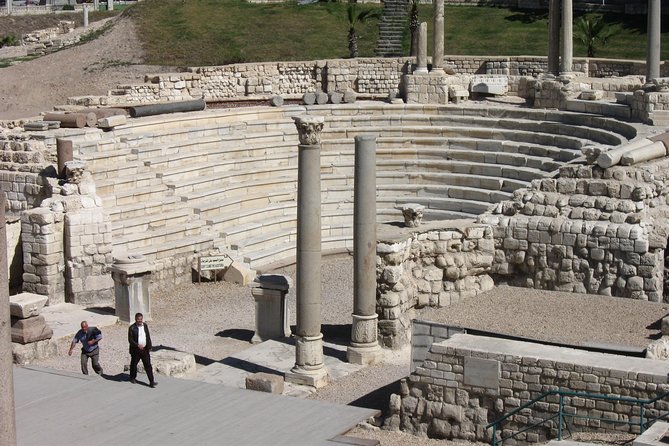 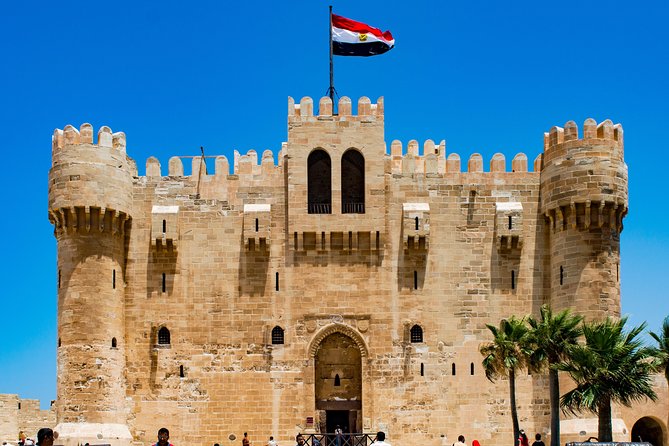 Alexandria's Roman Heritage - Over Day from Cairo including lunch

Early morning you will be picked up by Menatours representative to start the trip to Alexandria; It is internationally known as the ‘Bride of the Mediterranean.Visit Fort of Qaitbay, from the 15th century, which is a defensive fortress located on the Mediterranean sea coast in Egypt,Visit Pompey’s Pillar. It is a 28 meter high pillar and dates from the third century. The pillar was raised in honor of Emperor Diocletian, who saved the city of Alexandria from famine. Continue to the Catacomb of Kom Al Shukafa which is the largest Roman cemetery and consists of three levels cut in the rock to a depth of 100 feet, dating back to the turn of the second century. It is a blend of Pharaonic and Roman art. View the Alexandria library from outside then visit Al-Montazah Gardens; the Royal garden with an area of approximately 370 acres. It is located in the Al-Montazah neighborhood in eastern Alexandria, which contains a large collection of ancient trees and rare flowers. Lunch is included.

Luxor: Tour of the East and West Banks

from
$64 NZD
2-Days Tour in The Beautiful Cairo & Giza

from
$29 NZD
Private Day tour to Giza Pyramids and Saqqara

from
$142 NZD
Half day giza pyramids, sphinx and camel ride

from
$36 NZD
Cairo Layover Tours to Giza Pyramids and Saqqara