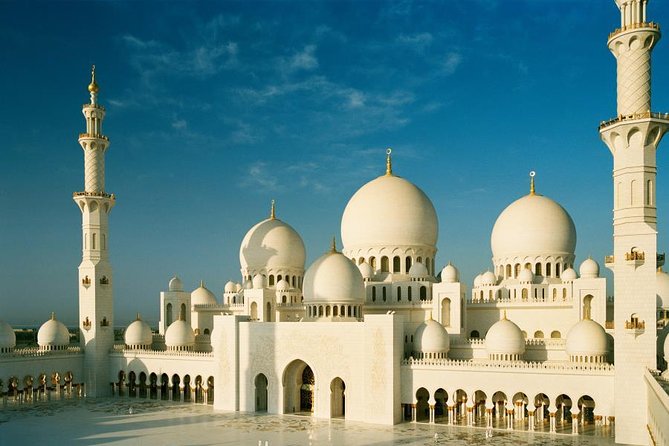 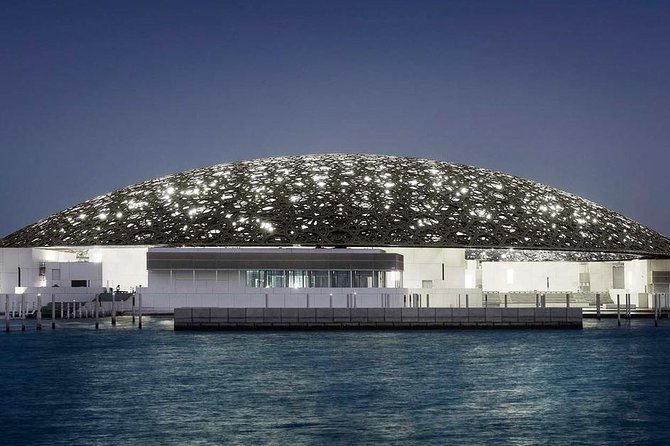 Spend a perfect day at the capital of the United Arab Emirates and discover how this majestic Emirati city artfully blends the ancient past with the modern present. The ‘Abu Dhabi City Tour’ is an all-encompassing introductory excursion of the distinctly Arabian sibling of the glitzy city of Dubai. From one of the world’s largest mosques, to the mesmerizing and trendy Corniche, there is a lot to take in within this fascinating historic emirate.

from
$169 NZD
Tour of Sharjah Aquarium and Maritime Museum

from
$193 NZD
Private Tour to Abu Dhabi from Dubai

from
$52 NZD
Afternoon Desert Safari with BBQ Dinner in Dubai

from
$24 NZD
Extreme Safari with Camp Dinner and Entertainment

from
$70 NZD
Musandam Dibba Cruise with Pickup from Dubai