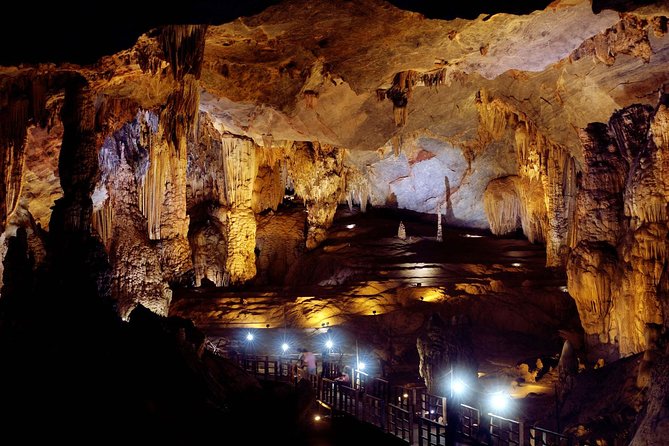 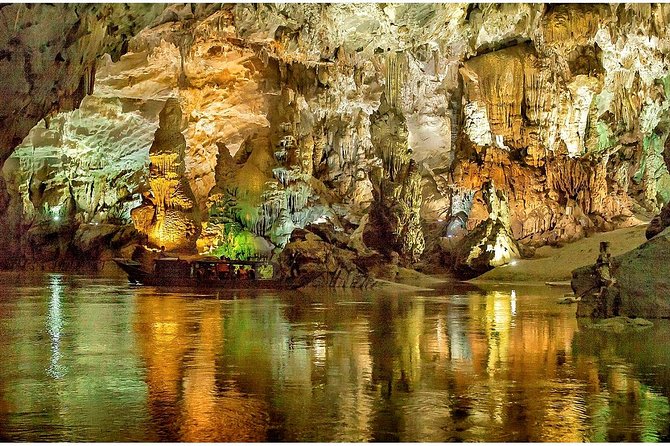 Phong Nha-Kẻ Bàng national park is home to the largest cave in the world and covers 300 different grottoes and caves. Phong Nha Cave was regarded by British Caving Association as the top cave in the world due to its top four records: the longest underground river, the highest and longest cave, broadest and most beautiful fine sand beaches inside the caves, and the most spectacular stalagmites and stalactites. In the survey conducted in April 2009, the British cave explorers discovered 20 new caves with total length of 56 km, including world's largest cave Thien Duong.  According to the assessment of UNESCO, "The karst formation of Phong Nha-Kẻ Bàng National Park has evolved since the Palaeozoic (some 400 million years ago) and so is the oldest major karst area in Asia" and "Phong Nha displays an impressive amount of evidence of earth's history. It is a site of very great importance for increasing our understanding of the geologic, geomorphic and geo-chronological history of the region.

from
$642 NZD
Foodie Tour in Hanoi

from
$88 NZD
Food Tour by motorbike with local students

from
$62 NZD
Visit to To He Village, try to make ToHe